After using the Export Recipes to JSON feature you'll end up with a .json file that can be imported on the WP Recipe Maker > Import Recipes page after clicking on the "Import Recipes from JSON" link:

Select the file and use the "Import JSON" button to import the recipes. After importing they will be available on the WP Recipe Maker > Manage page. Take note of the different import types. By default, importing creates new recipes for every recipe in the import file but it's also possible to edit existing recipes based on id or slug.

Do take note that when editing existing recipes you'll be overwriting their current values with whatever is in the JSON import file. 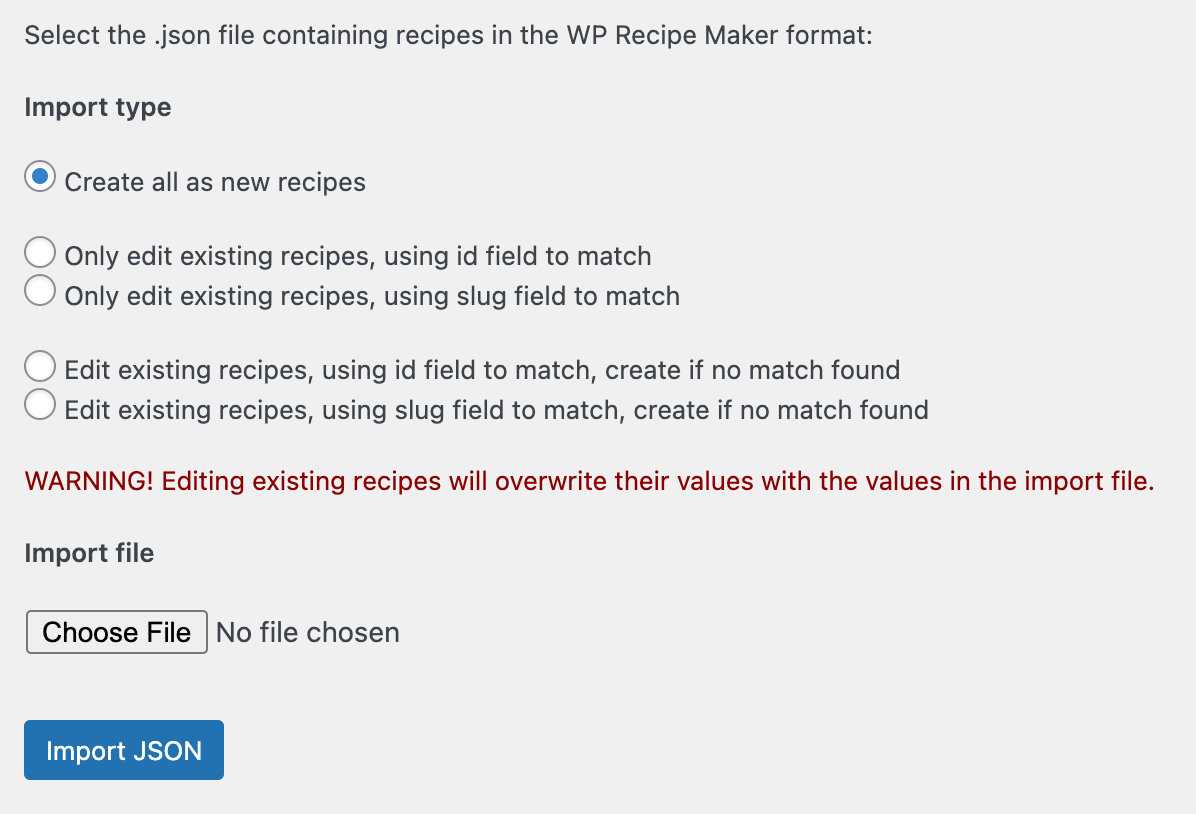 One field that can't be imported at the moment is an uploaded video. Embedded videos will get imported correctly.

An example export of the Amazing Vegetable Pizza recipe on our demo site can be found here:
https://demo.wprecipemaker.com/wprm-recipe-export.json

Did this answer your question? Thanks for the feedback There was a problem submitting your feedback. Please try again later.
Last updated on May 27, 2021